The fight against climate change is at an inflection point and it is critical that all levers are used to enact change. Government regulations can be used as both a carrot and a stick – and this ultimately makes doing business complicated, especially for companies with diverse, international supply chains.

Green regulations are not new. But more are expected in future as countries work towards meeting the targets set out in the Paris Agreement and the UN’s Sustainable Development Goals. And these can come in different forms, from carbon credits to investment incentives. 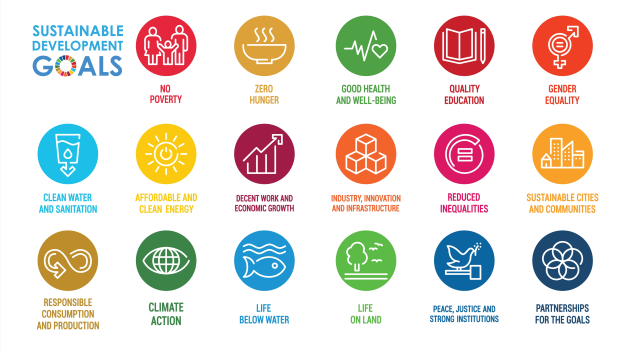 Despite overwhelming evidence and scientific consensus on the realities of climate change and the pace at which the environment is being damaged, many companies still act in damaging ways – undermining the hard work of others.
Regulations are a vital state mechanism for levelling the playing field while protecting the environment for future generations. At the same time, green taxes are an important way for governments to raise funds for important policy objectives, provide incentives to drive sustainability, and meet environmental commitments.

Although these objectives and mechanisms may be consistent around the world, the way that governments create and enforce such measures varies significantly.

The EU has a strict set of environmental standards, from cleaning and screening water used for industrial purposes to protecting soil health and tackling dirty air. Earlier this year it was announced that many such rules would be tightened, with the EU’s environment commissioner Virginius Sinkevicius citing the pandemic as a driving force: “One of the big lessons we have learned from the COVID crisis is the close connection between human health and the health of the planet. At the moment, neither is doing well.”

The future holds even more change. The European Green Deal (EGD) – dubbed Europe’s “man on the moon moment” by Ursula von der Leyen, the European Commission’s president – includes a roadmap of key policies and measures to decarbonise and reach climate neutrality by 2050, among other environmental goals. Although its details are yet to be cemented, it will force businesses operating within the EU to reassess their tax structures and supply chains, as well as ensuring that all technology and practices are in line with the EGD.

Another development arising out of the EGD is the Carbon Border Adjustment Mechanism (CBAM). It seeks to prevent carbon leakage and means that goods imported into the EU from carbon-heavy industries, like cement and aluminium, will be required to pay a tax. The scheme is effective from 2023, albeit this is the start of a three-year transition period — extensive reporting obligations are mandated from 2025 and in the following year certificates must be purchased for importers to cover their carbon emissions. The CBAM will particularly affect countries with lower environmental standards than those in the EU, as it takes into account the difference between the EU’s standard and any carbon price paid in the originating country.

The UK, albeit no longer an EU member, provides tax incentives for companies proving that they are incorporating environmentally friendly practices, such as becoming more energy efficient. In addition, the government also provides green loans and grants for small businesses looking to become more sustainable.

Meanwhile, in the US, president Joe Biden is taking America back on the environmental track – an indication that his administration would take climate change seriously, one his first actions as president was to re-join the Paris Agreement. More environment-oriented actions have followed.

A US$2trn plan, part of the US’s drive to put itself on “an irreversible path” to net zero by 2050, has also been proposed. It not only includes rebates and tax incentives to encourage electric vehicle uptake, but also sets out investment and production tax credits to encourage private investment in green energy. Earlier this year, the UN’s Principles for Responsible Investment forecasted that the US would reveal a carbon pricing scheme in 2025, or even 2023 in an optimistic scenario. The lack of such a scheme is an omission that Mr Biden had been critiqued for previously, although he has, along with other senior administration members, publicly stated his approval and even explored the possibility.

However, owing to state-level legislation, the US also represents a complicated market. Although the Environmental Protection Agency sets national standards, state law takes precedence – as long as it can enforce the regulation. To add to the confusion, the federal government gets the final say, but generally defers to states in terms of implementation and enforcement.

Promising moves are being made across various Asia-Pacific countries too. In North Asia, South Korea’s US$61bn Green New Deal was enacted in July 2020. It focuses on renewable energy, green infrastructure and the industrial sector and will create an estimated 659,000 jobs. ASEAN members have also developed an array of tax incentives to encourage sustainable initiatives, from the Philippines’ Green Jobs Act to Malaysia’s incentives for renewable and biomass projects.

Meanwhile, China, the “workshop of the world”, is a critical part of many companies’ supply chains – as evidenced by the disruption to myriad industries at the beginning of the pandemic. China also has strictly enforced environmental laws, which are covered by various authorities. This year also saw renewed focus on achieving the country’s climate change goals, with China’s carbon pricing market scheme, based on a cap-and-trade model, debuting in July – whereby an overall limit for carbon emissions is set, and firms can sell or buy credits to each other if below or under the threshold. Although it is the world’s largest of its kind, some analysts believe it is too limited.

These examples barely scratch the surface of the thousands upon thousands of regulations and incentives affecting businesses around the world. There are two concurrent, divergent realities. Many companies are unprepared to incorporate wide-reaching changes into their business models and supply chains. And yet some firms are also calling for stricter, more encompassing regulations.

The cost of inaction far exceeds the economic burdens of complying with such regulations in the first place – and companies can use this process to their benefit. Taking the time to fully understand the balance of incentives and regulations around the world and act on these can lead to huge benefits, not least long-term ROI, innovation and stronger business partnerships.

As tax and regulations are powerful mechanisms with which to change behaviour, companies can be nudged towards better choices. And the cumulative effect of such choices can make a momentous difference to the planet’s health.